What are Stablecoins (or what they strive to be)? 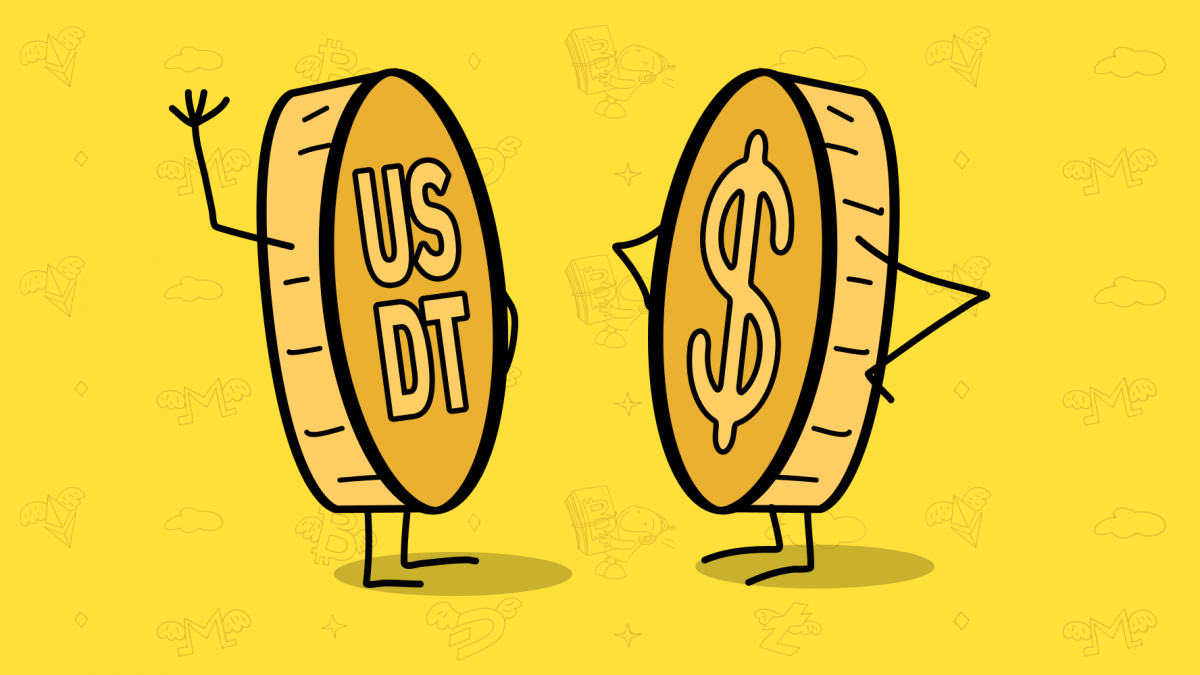 The Stablecoin issuer secures and maintains the coin’s  price in a number of different ways: secure the coin by fiat money, commodities or a high collateral of other cryptocurrencies or use a form of decentralized control mediated through smart contracts that set the price by controlling the number of coins available on the market.

Value is usually tethered to fiat money or commodities at 1:1 ratio inUSD,Tether (USDT) or gold (Digix Gold Tokens DGX). This requires  the coin provider to hold sufficient assets to secure all of the released coins. This means, theoretically, that holding a single coin of Tether, for example, is equivalent to holding 1 USD, making the coins highly stable and usable.

Fiat collateralized Stablecoins are expected to behave independently of cryptocurrency trends, since the mechanisms regulating its value are entirely in the realm of fiat money.

This type of Stablecoin is, however, entirely centralized and requires the holder to trust a third party’s claims that they have the resources to maintain the coin.. This requires a high initial investment at full collateralization, as well as equally costly maintenance. Some providers may therefore choose not to act in good faith and to only provide partial collateralization, which means that holders who decide to exchange their coins for collateral en mass will cause the coin to fail. , What’s more, the collateral may be stolen by third parties, as bank accounts and vaults are vulnerable. Working in such a centralized system is unusual and is therefore deemed too risky for a cryptocurrency by some experts and traders.

These rely on a collateral of other cryptocurrencies to stabilize the coin price. Like other Stablecoins, the price is pegged to fiat or a commodity to ensure stability, but the collateral is in crypto and usually provided on a ratio of at least 1:1.5..

These coins work through a decentralized system regulated by smart contracts, which removes the issue of having to trust a third party.

This doesn’t mean, however, that they’re dependent on   crypto market fluctuations. While overcollateralization is usually enough to maintain stability, there’s still a risk of the collateral falling below a critical point and the Stablecoin failing entirely. An example is Dai- a token currently collateralized in ETH.

These require no assets to secure the coin price,  relying instead on smart contract algorithms to stabilize the price.This means issuing bonds that can be bought with the stablecoin.

The maintenance system is once again transparent and decentralized with no risk of third party interference. These coins also remain un-influenced by the fluctuations of other coins., since they hold no collateral.

There is, however, a catch in this otherwise perfect mechanism since the coin relies on future demand. The bonds issued in return for the coins only have worth if the traders believe they will profit from them. Should demand therefore fall, a non-collateralized Stablecoin will fail.

The most well-known example of this, Basis, has sadly shut down citing ‘regulatory guidance’ in 2018, but Havvenis still going relatively well at $11 million market cap.

Stablecoins are an incredibly effective way to tie the cryptocurrency market to fiat money, which proves extremely useful when buying and selling  goods with crypto assets. They allow traders to keep assets safe from market fluctuations without converting them to fiat money or goods. As the coin’s name suggests, however,  they’re much more stable than traditional cryptocurrencies, meaning they offer little profit. Automated trading offers a way of making steady gains when trading with Stablecoins, as trading bots offer a low-risk way to make profit.. Yet such low take profit for trades is both ineffective and discouraging in manual trading, as a large number of trades, or trades at high values, is needed to see a substantial return.  This is less than ideal for money management.

Stablecoins first appeared in 2014. As of May 2019 (according to Dire’s research), USD backed stablecoins have reached a market cap of $4.3 billion. The leader is USDT, which has reached trading volumes of $1.3 billion despite controversies surrounding the extent of collateralization. Circle, which is another USD pegged coin, has seen a 435% increase since  January 2019. Among the crypto-collateralized Stablecoins, Dai seems to be in the lead with a market cap of $84 million. This is far from the success of fiat-collateralized giants, but it’s a promising trend that has also been reported to have the highest value of on-chain transactions. This makes it a potentially appealing option for traders who use stablecoins as a means of storing assets within the crypto market.

In terms of investments, however, Stablecoins are an unlikely way of turning a profit despite the increase in their capitalization, as they offer little gain by design.  Profits can be made at low margins when using automated trading due to the sheer volume of trades. Tether remains the most viable option for storing assets due to numbers and the fact that it’s  going strong in spite of numerous accusations.