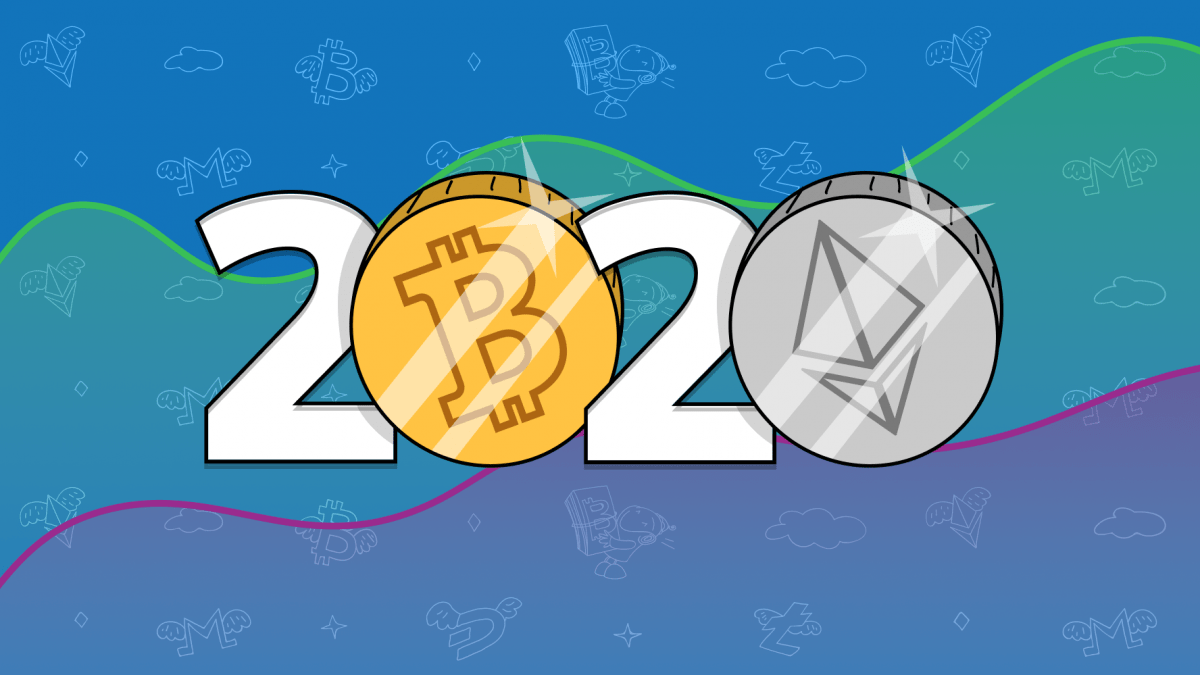 Here are the top crypto and blockchain updates, changes to legislation, projects and technological advances you should mark on your calendar for 2020.

Why is this important?

Serenity is the name of the Ethereum’s state when the network has the Casper PoS (Proof-of-Stake) algorithm integrated. As an algorithm, PoS is widely known to have better security, reduced risk and is energy efficient.

For the moment, one of the most populated global blockchains still uses PoW (Proof-of-Work), but this consumes as much electricity as the whole country of Honduras.

The first phase of the Serenity state is the launch of the beacon chain. Researcher at the Ethereum Foundation Carl Beekhuizen report that it is “the core of eth2, which manages validators and the coordination of shards. The beacon chain is the source of ground truth from which all other aspects of eth2 are bootstrapped.”

Once the beacon chain is launched, there will be two chains. It will likely take years before the old version of the network is merged into the PoS network.

However, the first step towards solving this problem will be taken in 2020.

Bitcoin halving is the process pre-programmed into the Bitcoin blockchain when a miner’s reward for mining a block gets reduced twice.

The exact date of the Bitcoin halving is not known since it is scheduled at the height of the block 630,000. However, the halving happens every 210,000 blocks, and the next one will occur in 2020.

Satoshi Nakamoto has created the halving mechanism because it approaches the rate at which commodities like gold are mined. The less gold that is left in the ground, the more valuable it is.

That begs the question of whether the price of the asset is likely to increase after the event takes place.

It especially makes sense considering the fact that, after the previous halving, the world saw Bitcoin’s value reach the peak of almost $20K in 2017.

Experts believe that the prices might increase because the halving causes the supply to dampen, meaning the coin will become scarce.

Anthony “Pomp” Pompliano, co-founder of Morgan Creek Digital Assets, was reported to say that “one of the largest drivers of that demand or increase in scarcity is the Bitcoin halving in May 2020, which I think is going to be a big moment.” This expert thinks that Bitcoin could reach $100,000 by 2021.

The other famous investor Michael Novogratz said he would not sell Bitcoin (BTC) until it hits $14K.

Kraken CEO, Jesse Powell, firmly believes the price of the asset will reach $100k by the end of 2021.

While investors are optimistically waiting for the price to go up, there is a party that will suffer as a result of the event.

BTC halving might be a brutal moment for miners. This survey states that the businesses with larger hashing power and access to cheaper energy resources will squeeze out operators from the market as they need higher margins to survive. Still, the initial margins will be reduced organically from 12.5 BTC per block to 6.25 BTC per block.

As we’ve extensively discussed in the article about the future of Bitcoin ETFs, the concept of a Bitcoin (BTC) ETF tends to remain controversial as long as it is not fully approved by the SEC.

However, despite the manifold negative prognoses, since the end of November 2019, the regulator has surprisingly approved the NYDIG Bitcoin Strategy Fund. It will invest in cash-settled Bitcoin futures contracts traded on exchanges like CME Group.

As stated by Mike McGlone, a commodities strategist at Bloomberg Intelligence, the approval of interval closed-end fund and the first Bitcoin product available to investors that’s permitted by the SEC substantially increases the odds that a Bitcoin ETF could follow in 2020.

McGlone further mentions that approval shows that issuers who are lobbying, such as VanEck and Bitwise, is starting to pay off.

Like we said in the in-depth article on Facebook’s Libra, the Libra Association, an independent Swiss not-for-profit organization launched by Facebook, will design Libra, a stablecoin pegged to a group of low-volatility assets. These include bank deposits and government securities in currencies from stable and reputable central banks.

Considering governmental turmoil around the stablecoin billions of Facebook users will have access to, the launch might be rescheduled. However, managing director and COO of the Association, Bertrand Perez, told a French media platform, “We are firmly maintaining our launch schedule, between the end of the first half of the year and the end of 2020.”

Zuckerberg himself, in an interview with a Japanese media platform, said, “Obviously we want to move forward at some point soon [and] not have this take many years to roll out. But right now I’m really focused on making sure that we do this well.”

Before we jump headlong into discussing the regulational troubles Telegram’s TON is going through, let’s see what potential the network has.

When the Telegram Open Network blockchain is implemented, the transactions will happen as quickly as with Mastercard and Visa. It is a Proof-of-Stake (PoS) protocol that consists of one main chain and a good many additional networks, which will increase the speed of new block generation.

The blockchain will consist of the file-storage functionality; the network’s anonymizer that will be used to hide the identity; the platform for decentralized applications; the browser for dApps; the virtual machine; and the payment system.

But this is just the technical side to the story. The other aspect concerns regulations.

Telegram’s ICO has accumulated more than $1.7 bn, making it the second largest to date, and the number one position is held by Block.one’s EOS token sale of 2017-18. Obviously, this is something the SEC officers don’t find very amusing.

In October 2019, Stephanie Avakian, a co-director at the SEC’s Division of Enforcement, repeated the SEC’s view that TON’s native tokens, Grams, were indeed securities.

“Our emergency action today is intended to prevent Telegram from flooding the U.S. markets with digital tokens that we allege were unlawfully sold,” Avakian said. “We allege that the defendants have failed to provide investors with the information regarding Telegram’s business operations, financial condition, risk factors, and management that the securities laws require.”

As a result of the prosecution, the majority of Telegram investors have reportedly agreed to postpone the launch of the Gram from October 30 to April 30, 2020.

Pavel Durov and two other employees associated with the network will give testimonies in court on the case filed against the company by the SEC at the start of 2020.

Blockchain as a technology

According to the report published by Deloitte, “Today fintech remains a blockchain leader, but more organizations in more sectors – such as technology, media, telecommunications, life sciences, and healthcare, and government –  are expanding and diversifying their blockchain initiatives.”

53% of Deloitte respondents from industries mentioned above said that the blockchain technology became a critical priority for their organizations in 2019. And 83% see compelling use cases for blockchain, up from 74% in 2018.

The company’s global blockchain survey of 2019 also revealed continued strong investment, for those willing to invest $5 mln or more in new blockchain initiatives over the next 12 months.

Blockchain events to attend in 2020

According to their website, “Consensus strives to be the premier ‘Big Tent’ event globally for the cryptocurrency and blockchain industry as it intersects with the worlds of legacy finance and commerce.”

The conference gives you networking opportunities and experts’ insights. The lineup will be announced later.

As their website states, “BlockShow is an annual international Festival of Decentralized Technology. Since 2016, our team is staying on top of all the latest trends, hottest innovations, and the most pressing issues of the global Crypto & Blockchain ecosystem aimed to provide the audience with top-notch content on all things Decentralized Tech, as well as the brightest industry leaders, to present it.”

For now, the lineup of speakers in still being built, yet in 2019, the show was visited by Da Hongfei, founder of NEO, Changpeng Zhao, CEO of Binance, and many more.

You should keep your eye on several interesting objectives next year. Technologically speaking, these are Ethereum’s beacon chain and Bitcoin’s halving.

Also, you should probably monitor different media in the pursuit of the Bitcoin ETF news, because the odds that they will be implemented in 2020 are now 50-50.

Last but not least, don’t forget about Libra and Telegram’s blockchain as well several interesting conferences.

What are the top blockchain & crypto milestones in 2020?

ETH begins to implement Serenity and bitcoin halving are two most important milestones in 2020.