The Next Crypto Bull Run 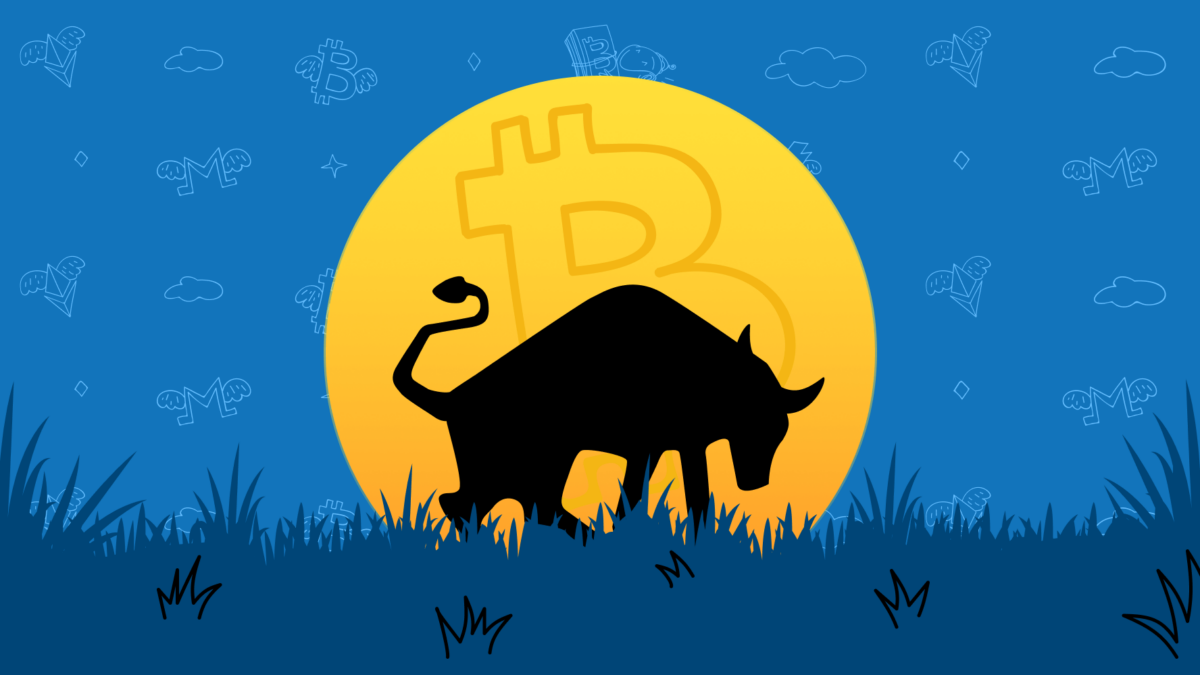 Can we predict any future bull runs in crypto based on the factors that have predisposed the previous ones? In the article down below, you’ll find a quick description of Bitcoin’s most significant crypto bull market periods and possible reasons for why they happened.

What is a crypto bull run?

There are two very popular patterns traders across traditional and crypto markets use all the time to describe the investors’ sentiment. While talking about the price trajectories, they say, it’s now either a bull market, or a bear market. A detailed article on bull and bear markets is waiting for you in the TradeSanta blog, so feel free to read it – in the meantime, here’s a quick look at both terms.

The actual origin of these two expressions are unclear, but at least one reason for such an approach could be named and this reason is how bulls and bears attack their victims. While getting ready for an attack, a bear swipes its paws downward, whereas a bull, with its sharp and powerful horns, attacks by thrusting its victim upwards. That said, it’s a good metaphor for certain market circumstances.

A bear crypto market is a prolonged period in time, typically two months and more, when cryptocurrency prices are dropping, generally, below 20% from recent highs. The widespread sentiment among investors during the sustained period of time is considered to be pessimistic, and their expectations are negative. Bear markets may be contrasted with upward-trending bull markets.

A bull crypto market, also sometimes called a crypto bull run, is, on the contrary, a prolonged period in time, typically, two months and more, when the prices are going up more than 20%, the majority of investors are buying, demand outweighs supply, and market confidence is at a high.

If, while browsing the crypto market, you see prices quickly going up, pay attention, since it might be the beginning of the next Bitcoin bull run.

Down below, we’ll analyze Bitcoin’s bull runs over the past ten years, and the reason for that is simple. Very often, the crypto market follows the trend that Bitcoin sets.

In 2013, the first and still the most popular digital coin out there had been growing slowly and never picked at more than $122. But then the government of Cyprus announced a bail-in for banks, meaning that those banks had to impose losses on their clients. And, as a result, a lot ended up putting their money into Bitcoin, which, thus, started its first triumphant bull run toward the end of the year.

In 2013, Mt Gox, one of the original and biggest Bitcoin exchanges, based in Tokyo, was still operating, and in November, it registered the asset at the high of $1,242. Back then, some experts were also mentioning additional reasons for such a bull run.

Say, Guillaume Babin-Tremblay, executive director of the Bitcoin Embassy in Montreal, Quebec, explained the parabolic rise in the price of the asset as a result of Chinese demand.

In 2013, the whole  world was buying Bitcoin in an attempt to sell it to Chinese consumers because there was so much demand there. The country’s growing middle class were attracted to the cryptocurrency because of the lack of other alternatives in the country except for the national currency, and because it was very difficult for Chinese people to invest overseas.

If there was a year when grass-roots buyers and sellers entered the crypto market in mass for the first time, it was probably the famous 2017, the year of ICOs and the get-rich-fast frenzie. Along with the retail investors, institutions, however, also got interested. Riding the wave of that hype, pension schemes, university endowment funds and investment trusts also went into crypto, getting a taste of it.

2017 was a year when Bitcoin became a superstar that gave birth to new millionaires, crypto businesses, Bitcoin Futures, and gained a lot of publicity, in general. So even though the fairy tale eventually stopped, that sweet memory of 2017 still sets on edge the expectations of novice Bitcoin traders. What if that kind of bull run repeats some day? And you know what, after 2017, it did repeat, even on a greater scale.

After the Coronavirus lockdowns of 2020, the global economy was in decline. According to KPMG’s report, the risk of high inflation was a central feature.

In the UK, political leaders were grappling with potentially crippling supply chain issues that were constraining production. In Brazil, the main driver was a deeply uneven recovery, while in the US, consumer spending was helping to drive recovery, but labor shortages halted any major progress.

Amidst this storm, Bitcoin broke one of the key resistance levels and started a bull run towards the stratosphere. What was behind such a spike, though?

In 2020, with employment dropping because of the pandemic, people started looking at extra sources of passive income. And DeFi with its fast-paced ecosystem fell under the spotlight of many investors looking to farm, stake and lend their crypto. Through the period from September 2020 to almost the end of the next year, the total-value-locked bubble was growing bigger and bigger, eventually reaching the record $90-billion mark in November 2021.

Riding the wave of improved consumer and business confidence, Bitcoin’s crypto bull, consisting of at least two massive waves, got kicked off, too. The first peak in price was achieved in the spring of 2021, when the asset’s value touched the record level of $60k. After a short correction from May to the end of the summer, Bitcoin’s price saw the floor at $32k, and then, the growth was renewed, hitting the second peak of the $68k in November, 2021.

What else might have contributed to such a growth? Let’s not also forget that 2020 was the year of Bitcoin halving, and that also is a good reason for a crypto bull run. The most famous crypto expert on Quora, Marius Kramer, says that Bitcoin’s price always does a 200% pump within one year before the halving and another much, much bigger pump in the year after the halving.

When is the next crypto bull run?

There are a few analytics platforms out there that forecast prices for different financial markets, and since we’re talking about Bitcoin in this piece, let’s focus for now on this coin exactly.

According to WalletInvestor, the next crypto bull run for Bitcoin is about… not to happen. The price will be steadily growing through the years to come, and by the end of 2023, you will have to pay up to $48k for one Bitcoin. In a year after that, in December 2024, Bitcoin will cost around $60k, and in 2027, its price will touch the all time high of $98k.

Sounds rad? Let’s see what other analytics platforms say about the future of your favorite coin.

As to Analytics Insight, it says that because Bitcoin started 2022 at $46,657.53, it will reach $50,000 by the end of the year. If the growing trend continues, the coin will actually be able to reach the predicted price of $126,127 by the end of 2025. However, it is also possible that it will not reach the 126,000 markup. This is simply due to the fact that no formal regulatory body or regime supports it.

However, what the analytics don’t say here is that the next Bitcoin bull run will not happen out of nowhere. There is a setup of reasons shaping the market sentiment into a bull run. The economic crisis of 2013 on Cyprus and the one resulting out of COVID-19 in 2020 taught us that people start looking into non-traditional types of  investment when the traditional systems crash. A political regime suppressing foreign investment of any kind, like in China in 2013, might also stimulate the middle-class population to adopt crypto that has no borders. Plus, don’t throw off the ship institutions pumping money into crypto, say as it started to happen in 2017, and the Bitcoin halving.

So, when is the next bull run? No-one knows for sure, but global crises and geopolitical issues of all kinds will certainly never stop shaking the population of the planet Earth, so maybe it’s time to start looking for new ways of facing old issues. For now, crypto seems like one of the few antifragile options that can suggest an alternative to the traditional finance systems that have proven to be insubstantial. In the black-swan world like ours, it maybe makes sense to change and learn all about alternative ways of saving money before life makes you change and learn all about them against your will.

If you’re feeling ready now, save yourself some time and join TradeSanta’s community of professional traders that make passive income on crypto. Follow experienced investors, start earning on their profitable strategies, slowly learn all about automated trading and start creating DCA and GRID strategies on your own.

Will we see a continued downtrend in the market until early 2023?

According to WalletInvestor, the next crypto bull run for Bitcoin is about… not to happen. The price will be steadily growing through the years to come, and by the end of 2023, you will have to pay up to $48k for one Bitcoin.

What coins should you buy for the next crypto bull run?

For now, crypto, in general, seems like one of the few antifragile options that can suggest an alternative to the traditional finance systems that have proven to be insubstantial.

What are factors that cause crypto bull runs?

The next Bitcoin bull run will not happen out of nowhere. There is a setup of reasons shaping the market sentiment into a bull run. The economic crisis of 2013 on Cyprus and the one resulting out of COVID-19 in 2020 taught us that people start looking into non-traditional types of investment when the traditional systems crash. A political regime suppressing foreign investment of any kind, like in China in 2013, might also stimulate the middle-class population to adopt crypto that has no borders. Plus, don’t throw off the ship institutions pumping money into crypto, say as it started to happen in 2017 and the Bitcoin halving.