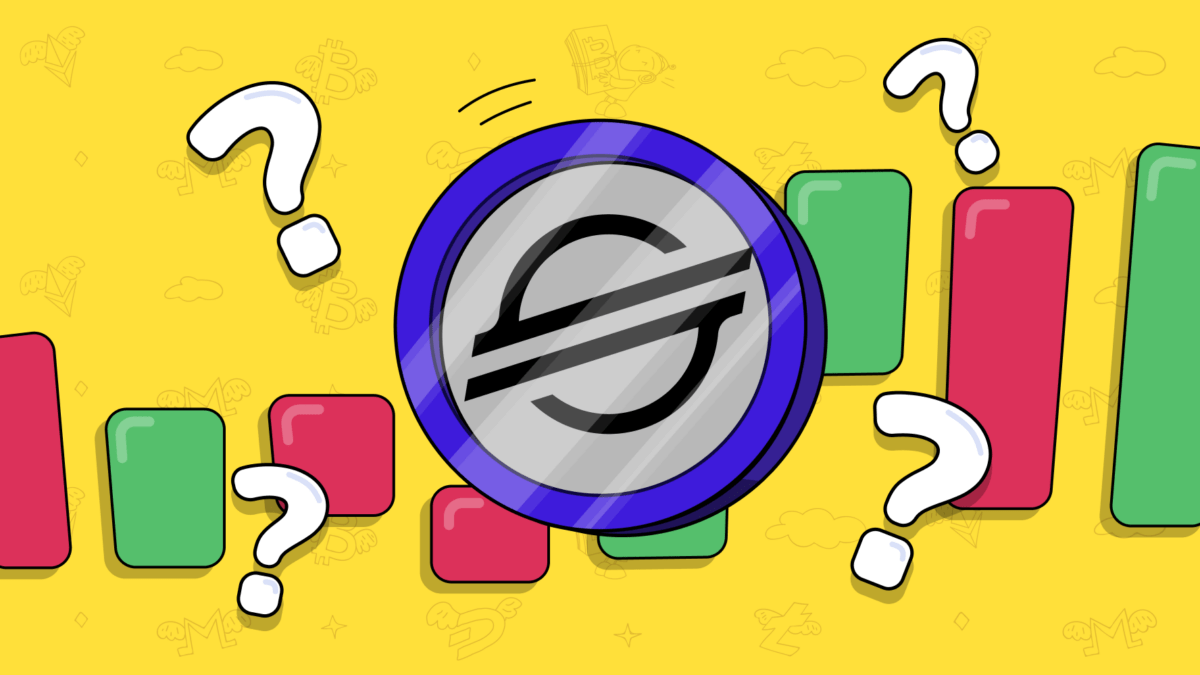 In this article, we will dive deep into Stellar technology and network, study what makes it unique and see what price the experts predict for  its native cryptocurrency Lumen (XLM) and whether you should invest your money in it. But first and foremost, what exactly is Stellar?

Stellar is an open-source payment technology that, according to the development team, makes it possible to “create, send and trade digital representations of all forms of money”, and all the world’s financial systems “can work together on a single network”. To put it simply, Stellar works with any type of money: it can be used to transfer a digital representation of the USD, Euro, British pound, Bitcoin, Ethereum, or any other currency out there.
Stellar apps and third-party services that operate as network anchors make it simple for users to send money to others, regardless of where they live. You can also use Stellar’s network to buy digital versions of fiat currencies, which is a useful alternative for people in countries where the national currency is weak and they want to save in a different currency.
For instance, if you issue a digital version of a fiat currency, say USD, and someone brings you a traditional dollar, you’ll give them your digital token. And when this digital token of the US dollar is given back to you, you redeem it in turn for one of the traditional dollars that you have in your deposit. All that leads to the fact that you estimate a 1:1 relationship between a traditional fiat currency and its digital counterpart. What does that mean? That means that everyone who holds a digital version of a traditional currency can treat it like traditional money since it can be exchanged for the same amount in the end. So basically, it is carved to create fiat-pegged stable coins.

For instance, a widely known stablecoin USDC has one of the versions that is built on the Stellar network. Moreover, Stellar already has quite a few digital tokens that are pegged to different currencies, like Peru’s Sol, Chilean’s Peso, digital Euro, and some of the projects are still in the making. So what else should you know about Stellar?

It was founded in 2014 by Jed McCaleb, who is known today to the crypto world as a co-founder of Ripple and founder of crypto exchange Mt.Gox. Just like Ripple, which was founded a few years earlier, Stellar was created to be a payment technology that could connect various financial institutions and reduce both the time and cost needed for cross-border transfers. Moreover, both Ripple and Stellar were so similar to the point that they used the same protocol during their early days, until Stellar got its own Stellar Consensus Protocol (SCP) and its own cryptocurrency called Lumen (XLM).

So it appears that Stellar and Ripple have a lot in common, which is understandable given that both projects are led by the same person. There are, however, some significant differences between them.

While Stellar is an open blockchain platform, Ripple is closed and centralized. Since Stellar works on a blockchain consensus protocol and has open membership, anyone can join this network since there are no specific requirements nor special permissions. Ripple, on the other hand, cannot be mined or joined unless you are a financial institution or a member of a payment network system. Ripple only works with established banking and financial institutions to upgrade and modernize their cross-border transfer technologies.

Stellar, on the other hand, was created with the idea of allowing its users to transfer their assets and money globally, and the main focus is to provide service to the unbanked, usually from developing countries.

How does Stellar work?

Stellar runs a network of decentralized servers with a distributed ledger. This ledger is updated every 2 to 5 seconds among all nodes. But of course, the most interesting detail about Stellar is its consensus protocol. Unlike proof-of-work protocol that can be found in other blockchains like Bitcoin or not-yet-fully upgraded Ethereum, for instance, Stellar’s Consensus Protocol does not need to rely on the whole miner network to approve transactions, since it utilizes Federated Byzantine Agreement (FBA). To put it simply, FBA refers to the concept when nodes (computers that run the core Stellar software) on the blockchain validate blocks of data by reaching consensus on the solution to a certain problem. An agreement is considered to be reached when a majority of nodes agree that a proposed solution is acceptable and, thus, they validate a block and allow its inclusion on the blockchain. This process of approval is called “quorum,” and quorum validates every transaction.

Unlike the Bitcoin network, which was designed for Bitcoin transactions only, with the Stellar network, users can transfer any kind of crypto, including Stellar’s own cryptocurrency, Lumen (XLM). Certainly, you are required to pay a fee in XLM when transferring your assets or coins. However, the fees are designed to be extremely low: when the network activity is below capacity, a user will pay something around 0.00001 XLM, and when the number of operations exceeds network capacity, the network enters surge pricing mode, which uses market dynamics to decide which submissions are included. That is, submissions that offer a higher fee per operation make it onto the ledger first. However, such price spikes are rare, and most of the transaction fees will be fractions of a cent.

Stellar has quite an impressive list of partners, and this list continues to constantly grow. Stellar became notable back in October 2017, when they partnered with IBM.

IBM intended to use the agreement to connect small businesses, non-profit organizations, and banking institutions, as well as process up to 60% of all cross-border payments in the South Pacific region, which includes Australia, Samoa, Fiji, etc.

Deloitte, one of the largest consulting firms, announced in 2016 that it had partnered with Stellar Development Foundation to provide “new technological capabilities” to its global financial institution client base. Deloitte was especially interested in Stellar’s ability to connect financial institutions, payment systems, and people so that anyone could transfer money quickly and safely.

There are many other companies that have partnerships with Stellar, such as Cowire, Nodle, FinClusive, and more. The list can go further. The Stellar Foundation also cooperates with such giants like Visa and Tala Mobile to work together on not only implementing new tech integrations into existing payment systems around the globe, but also helping “traditional” companies to jump into the crypto space.
All this is just a fraction of the whole network, since Stellar’s ecosystem includes hundreds of projects, partnerships, and corporations, from digital wallets and exchanges to banks and payment networks.

According to the forecast provided by The Economy Forecast Agency (EFA), Stellar XLM is expected to face a long-term bear trend since the forecast is very pessimistic. EFA anticipates that the price of XLM will fall from $0.10 per coin to $0.07 by the end of the year. In 2023, the price is expected to fluctuate between $0.05 and $0.07, and the same goes for 2024, with a little difference: the price is expected to reach $0.09 per coin by the fourth quarter of 2024. XLM is expected to start 2025 with a price of $0.08 and lose its ground back to $0.04 by mid year, and by the end of 2025 we might see XLM go down to the $0.03 level. Overall, this is by far the most bearish forecast for XLM out there.

As always, it is hard to make such a long-term prediction, especially when we are talking about crypto, even a promising one like Stellar XLM. Nevertheless, some of the experts go that far and still try to predict the XLM price for such a long term.
For instance, Coin Price Forecasts predicts XLM’s price to be $0.50 by mid 2030 and $0.53 by the end of the year.
According to the forecast from Cryptocurrency Price Prediction, Stellar XLM is destined to grow in price, and by the beginning of 2030 it will cost $3.24 per coin. It will continue to strengthen its position, and by the end of 2030, we might witness it reaching a level of $4.25. By far, this is the most bullish forecast for Stellar XLM.
The forecast provided by Tech News Leader is also quite bullish about XLM’s future price. By the beginning of 2030, XLM is expected to cost $2.51 per coin. By the middle of 2030, the price of XLM may have increased and could reach $2.94. Until the end of 2030, XLM is expected to continue to strengthen its position and cost $3.44 per coin by December 2030.

Should you invest in Stellar (XLM)?

Many experts and forecasts believe that Stellar hasn’t reached its full potential yet and still has room to grow. That means the price has the potential to increase in the future. It is safe to say that it is not too late to invest in and buy Lumens. However, some of the forecasts tend to be very pessimistic, but it is possibly due to the current market situation as of 16.06.22, since pretty much every cryptocurrency at the moment is bleeding.
Still, Stellar has been known to the public since 2014, and it is one of the oldest altcoins in the crypto market. So, if you are looking to diversify your portfolio, XLM might be worth looking at.