What is “Long Strategy” in crypto trading? 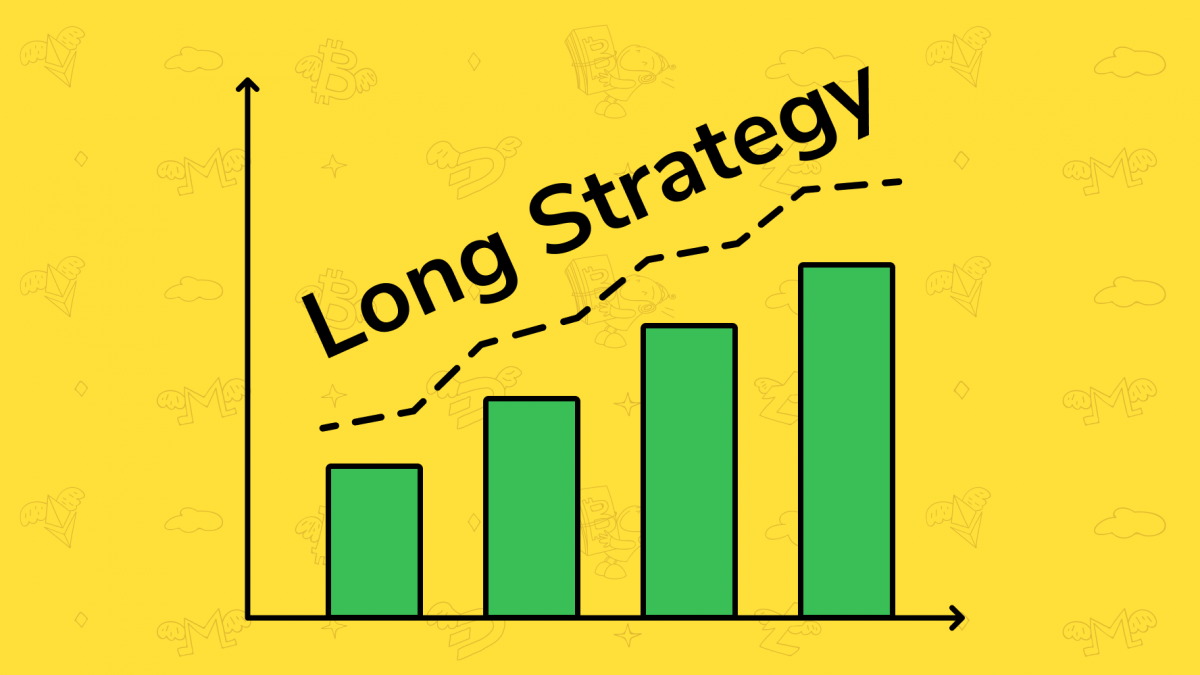 The most basic difference between Long strategy, as opposed to Short strategy, is seen at the start of the trade process itself.

You are using Long strategy when you (or your trading bot) initiate the trade with a buy order. We’ll discuss Short strategy in another piece, but here’s an example of how Long strategy unfolds.

If you say you’re “long one Bitcoin” or that “you’re going long”, or simply that you’re “long Bitcoins”, that indicates you are about to buy Bitcoin, or you already have done because you expect it to increase in value.

And if you’re using automated crypto trading, you will have normally set up a long bot to buy coins at a lower price to later sell them at a higher price. With manual trading, you have done the same thing by buying a coin to hold it until its value increases.

Here is what long strategy looks like with a Long bot. In the bot’s settings you choose a pair (e.g. ETH-BTC), configure a take-profit target (e.g. +5%), and an order volume (e.g. 1 Bitcoin).

Sounds easy, right? Not so fast – be aware of the fact that ETH price might very well drop after you went long on it, and you will then have the choice to either close the position at loss or hope for the ETH price to recover, which of course could happen too.

With that in mind, before going long you should look at the chart, analyze a current trend within the chart, and then decide if it is right or wrong for Long strategy.

Trends might differ when looked at from a long- or short-term perspective. That’s why you need to analyze the trend based on your trading style – i.e. the timeframe you are trading within – when making the decision to go long or not.

On a 1-day chart, the trend might suggest that you should go long, which would be the takeaway from the graph below.

In volatile crypto markets, where prices might swing significantly within hours or even minutes, many traders manage to buy and sell the coin at a profit within short time slots, such as a 1-day time frame, known as “day trading”.

From a weekly perspective, on the other hand, the price movement for the same asset might indicate a downward trend, which would suggest that a long strategy is not the right move within this time frame.

Interestingly, what appeared to be a slight decrease in the latter diagram turned out to be a strong down-move on an extended version of the chart.

To sum up, being a trader means to always analyze charts. “Going long” means to wait for an uptrend within a certain period of time.

You can analyze from a 1-day time frame perspective and go long based on trend indicators demonstrating an increase in price. Or you can take a look at a weekly chart of the same asset and say, “OK, the current trend is not in my favour, I will not go long this time”.

A decision on whether or not you should go long might also depend on your trading style. If you’re a position trader, you’re more likely to analyze longer-period time frames. If you’re a scalper, you will look at trades through the lens of 3- or 6-hour time slots.

In a nutshell, Long strategy is not defined by time frames and doesn’t necessarily cover long periods of time. It’s rather a term that determines whether you’ve initiated the trade by buying first in order to sell later at a higher price. The usage of the word “long” doesn’t refer to time frames – in fact, it arose because it is the opposite of “short”, which was first employed to describe traders who were short-selling an asset they did not possess.

How long you would go on the asset, whether over a day, a week, or a month etc., solely depends on your trading style and should be based on your analysis of market tendencies.