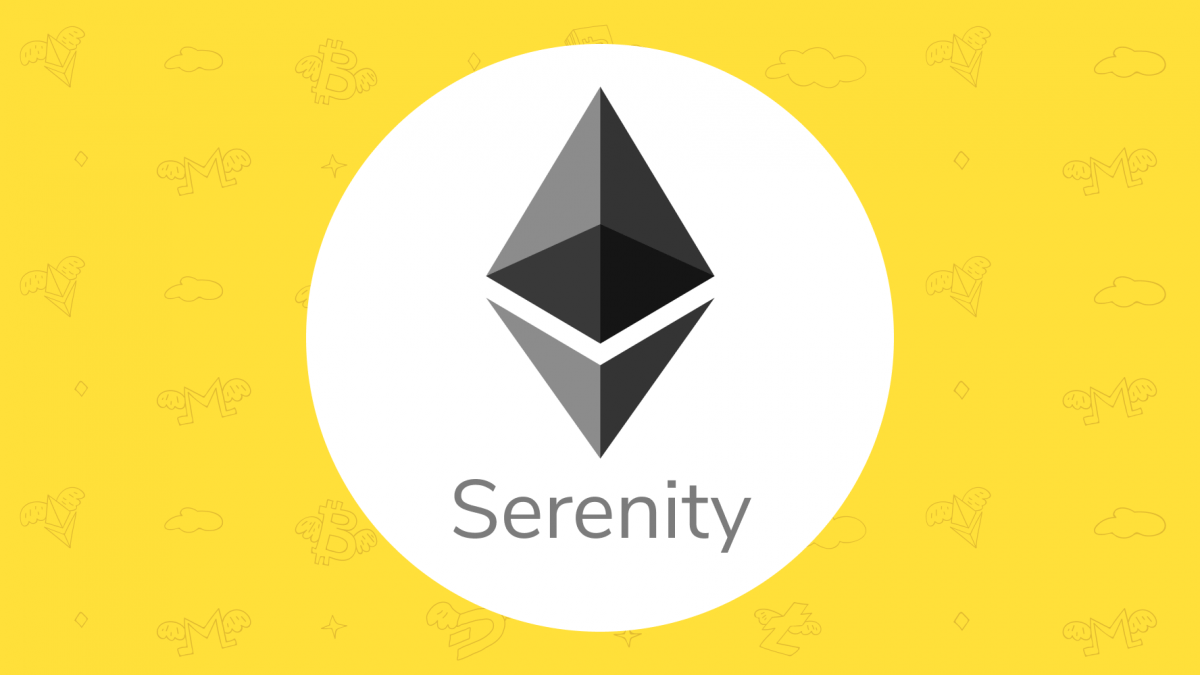 Compared to humans who’re still not sure, Ethereum does have an afterlife. It’s called Serenity or Eth2 and will bring with it Sharding, PoS and, in Vitalik’s words, «an opportunity to participate in the network at all scales».

What Serenity basically means is that in theory, you, a person reading this piece, can become a validator without a professional mining and staking farm at hand.

If you have 32 Ether staked after the switch, you’ll be able to participate in the consensus right from your laptop and potentially reap the benefits of staking in the form of rewards.

So how does this new Ethereum magic work under the hood?

As you probably know, the upgrade to the new state of the network, Eth2, will not occur all at once. Serenity will be rolled out in three phases, 0, 1 and 2. We’re prepping up for the long haul here, because these phases will be rolled out throughout the years to come.

The good news and the reason why everybody has been slightly pumped about Ethereum and its coin for the past couple of weeks is that on August 4th, we will see Medalla launched, a final multi-client public testnet that will push us closer to Phase 0.

It’s important because in Phase 0, we will already have the Beacon Chain implemented, the chain that will manage the whole Proof-of-Stake protocol, including validators and the shard chains. One of the key features of the new Eth2 blockchain is these shards that only have to store their own state and much fewer transactions, which improves overall transaction throughput.

The Ethereum team has tested the new Beacon Chain functionality for quite some time now – on other testnets. But for the first time now, the Medalla testnet with that much amount of test money locked allows the whole world to participate.

It’s very likely that you’re reading this at a point in time where the new era for Ethereum has already started. But this hasn’t been like that always.

Literally, every project has a roadmap to follow, and according to Vitalik Buterin, Ethereum’s father figures have been researching and developing the switch to the Serenity phase from the very beginning.

They knew it would take them years to perform the transition and had outlined an action plan that looks like this.

The Frontier phase (2014-2015) was the earliest implementation of Ethereum that culminated in the finished product going live in 2015.

The latest Metropolis phase was pretty interesting. In addition to multiple security updates, a larger degree of automation and scaling, we’ve witnessed a couple of testnests preparing the network for the Beacon Chain upgrade, also known as the first component of Eth2.

Let’s take a look at some Ethereum testnets that have been already implemented.

The Beacon Chain went live in April 2020 on a testnet called Sapphire, it used small deposits of 3.2. Ether. Later, in May, full 32 Ether nodes commenced on the Topaz test network.

The Onyx testnet saw the light in June and gathered around 20,000 validators by the end of the month.

And now, the world is ready for the next step that will happen exactly on August 4th.

We can be sure about this date because, as of writing, the predetermined cap of 524,288 GöETH in staking nodes has been already reached. Plus, the number of validators needed is also sufficient, 16,384.

What is GöETH, then? The Ethereum team uses this word to call not real money for the testnet. It can be generated via faucets on specific websites, but in real life, on the mainnet, this amount would be represented in Ether.

As you can see, the Ethereum community is fast and didn’t wait too long to generate enough test money. So why do all these people want to participate in the future PoS consensus that much? Let’s talk about risks and rewards you can face while being a validator.

After the switch to the PoS consensus, Ethereum miners will no longer need old-fashioned GPUs eating lots of energy. In order to discover a block, they will have to put bets on potential blocks and get rewarded in accordance with the staked money if their blocks get appended to the chain.

Interestingly, Ethereum miners are at a crossroads now before the transition to the PoS protocol. They ultimately have to decide what they want to do next.

They can either stop mining Ethereum and move to the other blockchains, or they can relocate to the PoS bank of the river and turn into Ethereum validators.

This all leads us to the price tag. How much money will validators make? There is a sliding scale between a total amount of Ether at stake and an annual interest earned by stakers.

The more Ethereum in the ecosystem is at stake (see column 1), the less annual return the miners will get (column 4), and vice versa. However, the total amount of the minted coins (columns 2, 3) will increase in proportion with the amount of Ether at stake.

What’s interesting about this model is that it is set to reduce Ether’s inflation rate. The thing is that the maximum annual coin issuance can even be negative to regulate inflation, which wasn’t possible before Phase 0.

From the practical point of view, you can see for yourself how much money you will earn while staking certain amounts of Ether.

Sounds nice, but what about the risks for validators?

According to the Eth2 Launch Pad for Medalla testnet, minor penalties will be given for inadvertant actions (or inactions) that hinder consensus, and major penalities – or slashings – will be given for malicious actions.

The minimum amount that can be slashed is 1 Ether, but this number increases if other validators are slashed at the same time.

In general, for Ethereum, August, 4th will signify a revolutionary change, and it might have an impact on the coin’s price.

Without giving any financial advice, we’d like to turn your attention to the price of Ether and how it has changed over the past 6 months.

Several things factor in the bullish trend, including DeFi growth, the altcoin season flourishing and of course the ETH 2.0 momentum.

“In addition, ETH has outperformed BTC in the same period”, said Osho Jha, a former Wall Street analyst, now Chief Data Scientist at blockchain-focused startup Arbol, meaning three months of the summer, “the price action is encouraging. As always, it’s important to be cautious when the price of any asset starts appreciating rapidly. However there are some clear secular bullish trends in the crypto space”.

So keep your eye on Vitalik’s coin because it might be interesting to watch in the next few weeks.