What is Dollar Cost Averaging? 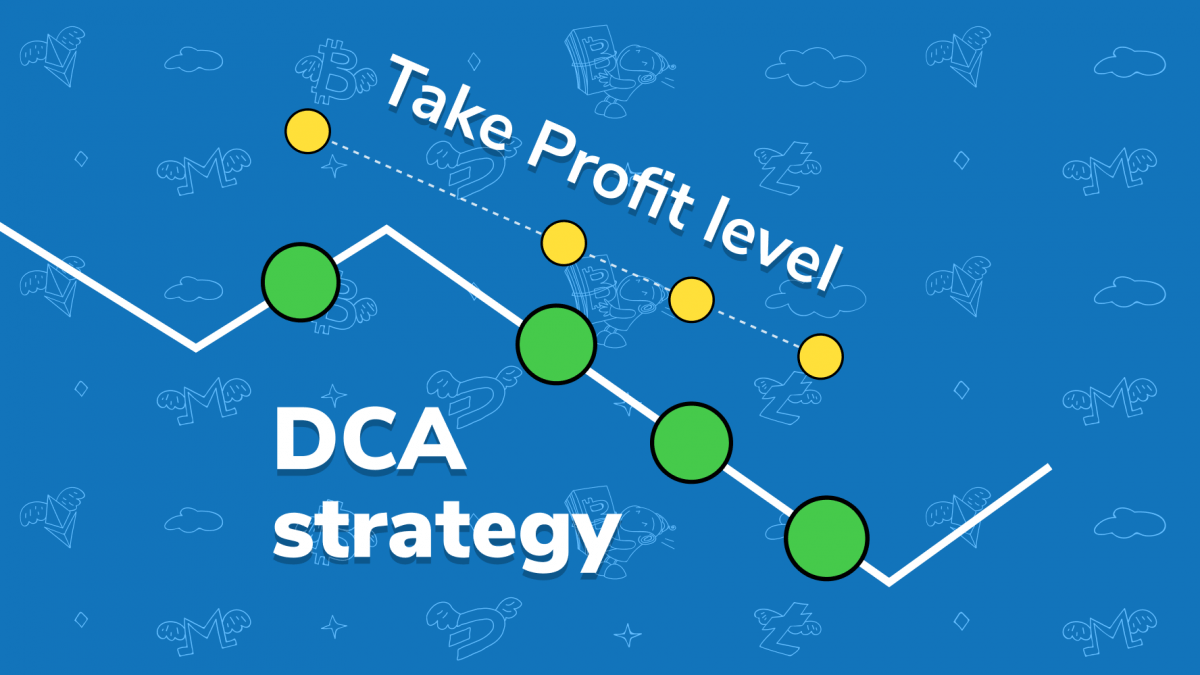 Dollar cost averaging (DCA) is an investment strategy in which you commit to a fixed dollar amount of a particular investment on a regular schedule regardless of the asset’s price.

Here is how it works.

What is dollar cost averaging in traditional trading?

According to Investopedia, “Dollar-cost averaging (DCA) is an investment strategy in which an investor divides up the total amount to be invested across periodic purchases of a target asset in an effort to reduce the impact of volatility on the overall purchase.”

Well, what good does it make? Isn’t it easier to invest a lump sum of money straight away rather than spreading out small amounts over years?

Say, you’re willing to monthly invest $1000 in Tesla stock regardless of what Tesla is valued at.

This approach will generally result in a lower average cost per share over a long period of time by allowing investors to ease into the market.

For example, Billy buys $1000 worth of stocks in Tesla each month for four months. In January, the value of the shares drops to $500 each, so he buys two; in February, March and April the stock is worth $250, so Billy buys four.

If you run TradeSanta bots, you probably know there are two kinds of DCA bots available on top of our platform: short bots and long bots. Both of them use averaging as a tool to increase your revenues and decrease your losses.

Let’s see how it works.

Say, you create a long bot, meaning you want to buy Bitcoin to sell it later at a higher price. The current value of the coin is $10K, so you buy one coin for this price. Also, you set the take-profit target at 20%, meaning you want the price to reach $12K in order to close the deal with a profit.

But instead of going up, over a certain period of time, the price goes down to $9K, then $8K and finally to $6K.

The question is simple: will your order get filled? No, of course not, because the price never reached $12K.

However, with three extra orders preset to your bot, you can average the take-profit target, spread out the investment over a longer period of time and still have a revenue.

In our case, as soon as the price drops to $9K, the bot will initiate the buy order, for example, for the same amount of coins, namely, 1 Bitcoin.

But what if the value of the coin keeps on falling, and nobody wants to buy it for your take-profit price? Once the Bitcoin price hits the $8K level, you buy one more Bitcoin and have a total of $27K invested, then your 20% take-profit target will be recalculated, making $5400. So the DCA bot will try to sell three of your coins for $32400, or $10800 each.

In summary, this is how the dollar cost averaging strategy works with crypto bots. Instead of buying three Bitcoins for $10K each, you’ve bought three for the average price of $9K and made profits.

According to investment legend John C. Bogle, the DCA strategy might be efficient if you spread your money out over four years and reassess your investments every five years.

But as much as it is still relevant for traditional trading, you still can utilize it in the crypto niche for the automation of your trading processes.

But remember the bots can only implement your knowledge and experience. They are not a magic pill that will bring you revenues without you investing time and effort in understanding how dollar cost averaging works.