BTC vs. USDT As Quote Currency 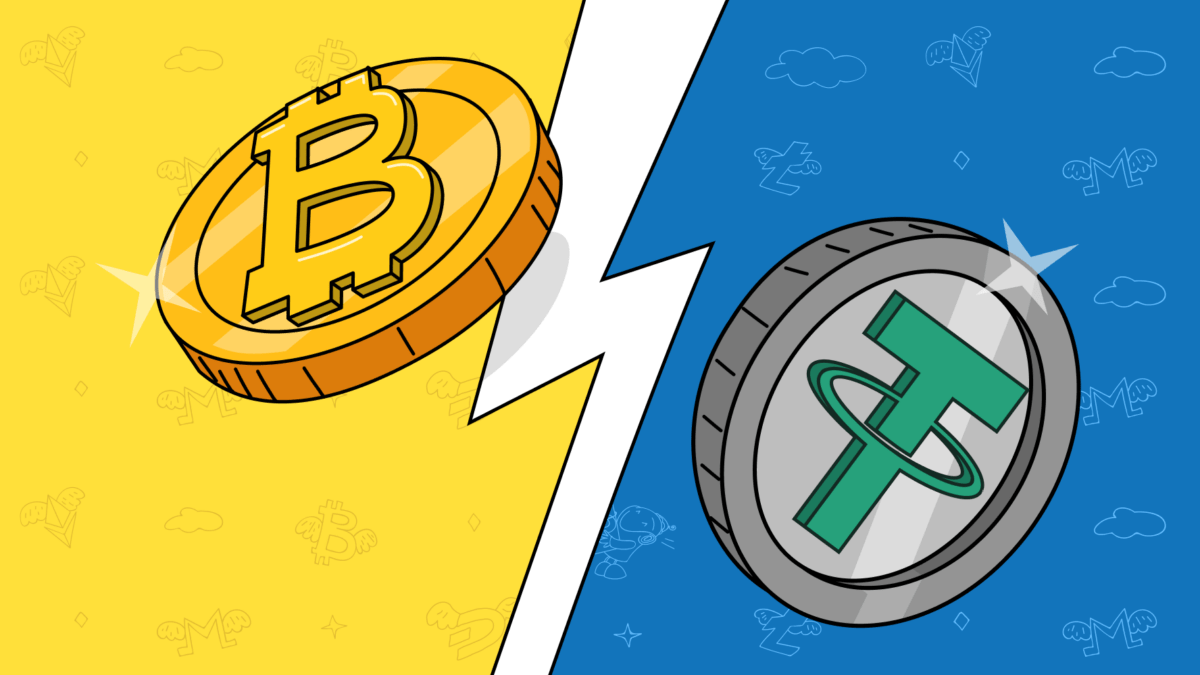 Which is a better quote currency: Bitcoin or USDT? We’ve gathered a few expert opinions in an attempt to discuss what coin and under what circumstances you should go with!

What is a quote currency in a pair?

A quote currency in a trading pair is the second currency that is used to value the base currency, the first currency in the pair.

How to choose a Quote Currency?

Then, consider liquidity and fundamental analysis metrics of the chosen quote currency – such as on-chain metrics, project metrics, financial metrics. Last but not least, volatility, stability and centralization of the company that has issued the coin also should be considered.

TradeSanta’s special guest expert, Krishna Rungta, the Founder of a free library of online tutorials Guru99, has shared his process of choosing a quote currency while trading: “I like to think about it this way: when you’re choosing a quote currency, you have to consider what the currency will be used for, how it’ll be used, and what your goals are. I start by asking myself: “What am I trying to accomplish?” If it’s just a one-time transaction, I might choose a different quote currency than if I’m looking at doing business with them over the long-term. I also consider the risk involved. If the quote currency is going to be used in an area of high volatility, or if we don’t have much information about it yet, we might want to do more research before making a decision. After that I look at supply and demand: how much is there?”

The most obvious choices these days are Bitcoin and Tether. But let’s see how our potential candidates meet the requirements mentioned above.

Bitcoin as a Quote Currency

“The great potential of BTC is one of its main advantages,” Chris Muller, a financial writer at Money Under 30, says, sharing his expertise with TradeSanta,”its value has been increasing even if its price has gone through dramatic price volatility.”

Tether as a Quote Currency

“Tether USDT makes transactions easier, quicker, and more affordable,” Muller adds, “investors can also choose to place their money in Tether (USTD) in order to avoid the high volatility of other cryptocurrencies. By converting the value to USDT, a trader can reduce the danger of being exposed to a sharp decrease in the price of the cryptocurrency. It is also far quicker and less expensive to transfer BTC into Tether than US dollars.”

“I will only choose USDT (Tether) as a quote currency if I am planning to immediately cash out. Otherwise I will always go with Bitcoin,” says George Sinis, the owner and creator of BuyCryptoSafety, an educational resource about crypto.

Bitcoin vs Tether as a Quote Currency

Stefan Ateljevic, cryptopreneur & founder of BitcoinPlay, Bitcoin casino sites aggregator, has shared with TradeSanta his views on how and when you should go and choose either Bitcoin or Tether as a quote currency:

“I would say Bitcoin is definitely a better quote currency because it’s easier to see how it’s valued against other cryptocurrencies. Since Tether is not exactly 1:1 with the dollar but slightly off, it can be confusing to new investors and actually lead to small unnoticeable losses. Sure, it’s easier to keep track of crypto in general when you see it at dollar value, but when you’re trading from crypto to crypto, you will want to have Bitcoin as your primary quote currency.

However, if you’re trading from crypto to fiat, USD is a better choice than other currencies like the Euro or GBP. These can fluctuate more and it’s much easier to find data that correlates to the dollar than to other currencies. This is mainly due to different regulations and variance in the cost of trading between the exchanges that are supported in those countries. Each exchange has different rates and that can depend on many macroeconomic factors, especially the country where the crypto is traded. By keeping it in Tether, it’s much easier to get consistent data, which will enable you to make better trades in the long run.”

While choosing a coin as a quote currency, keep in mind a few parameters that might impact your potential gains: will the coin add to the overall diversification of your portfolio, how does it contribute to your risk-management strategy, is the coin volatile, is it liquid. Also, it’s important to consider fundamental analysis.

In his comment for TradeSanta, Oberon Copeland, the founder and CEO of Very Informed, an educational portal with a focus on inflation and economics, concludes that “Bitcoin has a number of advantages. First, its large market capitalization makes it a more stable currency. Second, its decentralized nature means that it is not subject to the whims of central banks or governments. However, Bitcoin also has some disadvantages. Its volatile price makes it less suitable for long-term investments, and its relatively high transaction fees can be a problem for small businesses.

Tether, on the other hand, has more stability due to its peg to the US dollar. This makes it ideal for long-term investments and businesses that need to minimize price fluctuations. However, Tether’s centralized nature means that it is more vulnerable to manipulation by its creators. In addition, Tether’s lack of transparency has been a source of concern for some investors.”

Do you want to choose a quote currency of your own? On TradeSanta, there are multiple pairs you can trade without even visiting the exchange you’re registered with. Just connect two accounts with the API key, start creating an automated trading strategy and be prepared to select any quote currency that you like!

What Are Base and Quote Currencies?

A quote currency in a trading pair is the second currency that is used to value the base currency, the first currency in the pair.

BTC vs. USTD As Quote Currency?

When you’re choosing a quote currency, you have to consider what the currency will be used for, how it’ll be used, and what your goals are.