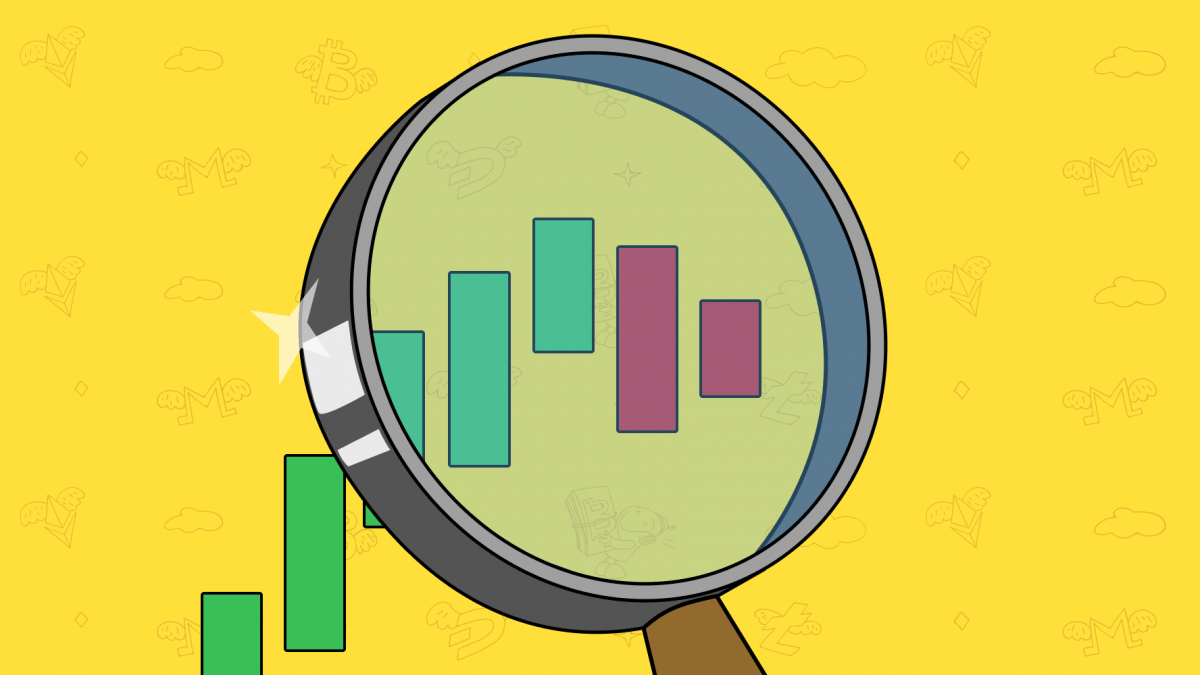 Candlestick patterns are a powerful tool in trading. It helps identify a trend reversal and may provide a signal to enter or close a position especially when confirmed by other technical indicators.

TradeSanta has already covered the basic candlestick patterns in an article “How to read charts”. In today’s article we’ll dwell on more complicated patterns formed by several candles.

Morning star is a bullish candle formation, that appears at the end of the bearish trend and signifies the trend reversal. The pattern is formed by 3 candles: bearish candle, candle with a small body (doesn’t matter whether it’s bullish or bearish) and a bullish candle that closes within the upper half of the first candle.

The evening star is the complete opposite of the morning star. It forecasts the change of a bullish trend to bearish. The candle formation is also reversed: the first candle is bullish, the second candle with small body, and bearish candle that closes within the lower half of the first candle. 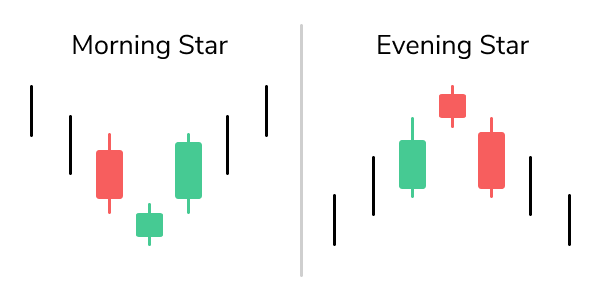 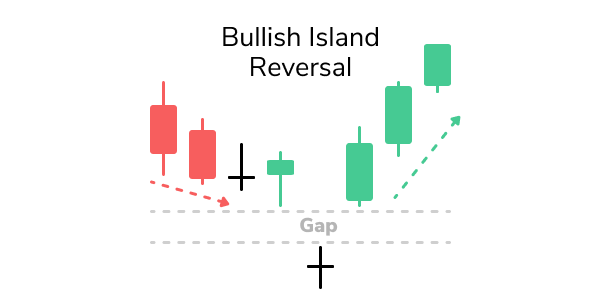 Hook reversal indicates a trend reversal that may last several periods. It is a two-candle pattern where the second candle has a higher low and lower high than the first candle. The hook reversal may be applied to both bullish and bearish trends. 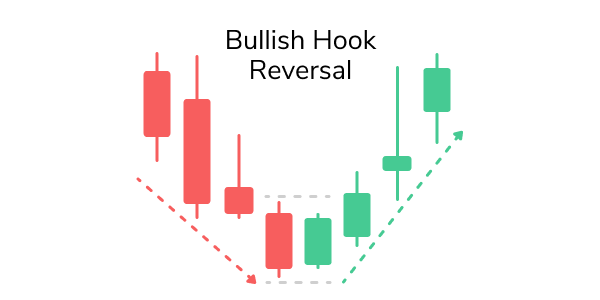 Triple Gap is a pattern signaling a likely trend reversal in the near future. The pattern is formed by three candles in the same direction with the gaps between them.  The pattern doesn’t aim to predict an immediate trend reversal, rather it expects the trend to reverse sometime soon within several periods. The pattern may be applied to both uptrend and downtrend. The san-ku pattern is also quite flexible as the gaps aren’t required to be consecutive.

The kicker pattern is relatively simple but it’s considered one of the most reliable candlestick patterns. The pattern indicates a sharp trend reversal. It’s created by several candles forming  a certain trend, followed by a gap and a large candle in the opposite direction – a kicker candle. The second candle in the same direction as the kicker candle confirms the reversal. 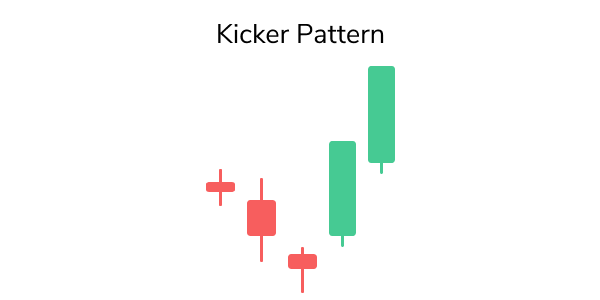 Three line strike is a four-candle pattern indicating a trend reversal with high accuracy. In case of a bearish trend, it consists of 3 candles closing lower and lower and the 4th candle takes in the bodies of the previous candles. 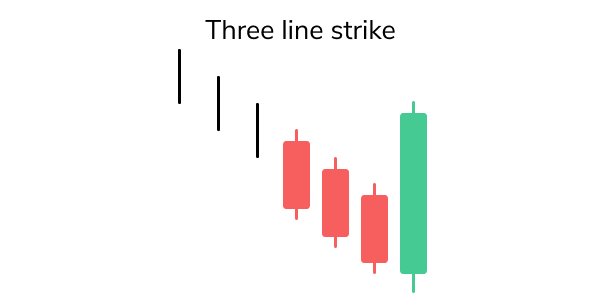 Candlestick patterns can be a source of entry and exit signals for traders. However, a trader shouldn’t rely solely on the candle formations and should confirm the signals with other indicators.  Once you’ve spotted an entry signal, don’t forget to set up a TradeSanta bot that will follow your direction regarding taking profit and will average the price in case the trade doesn’t go as planned.